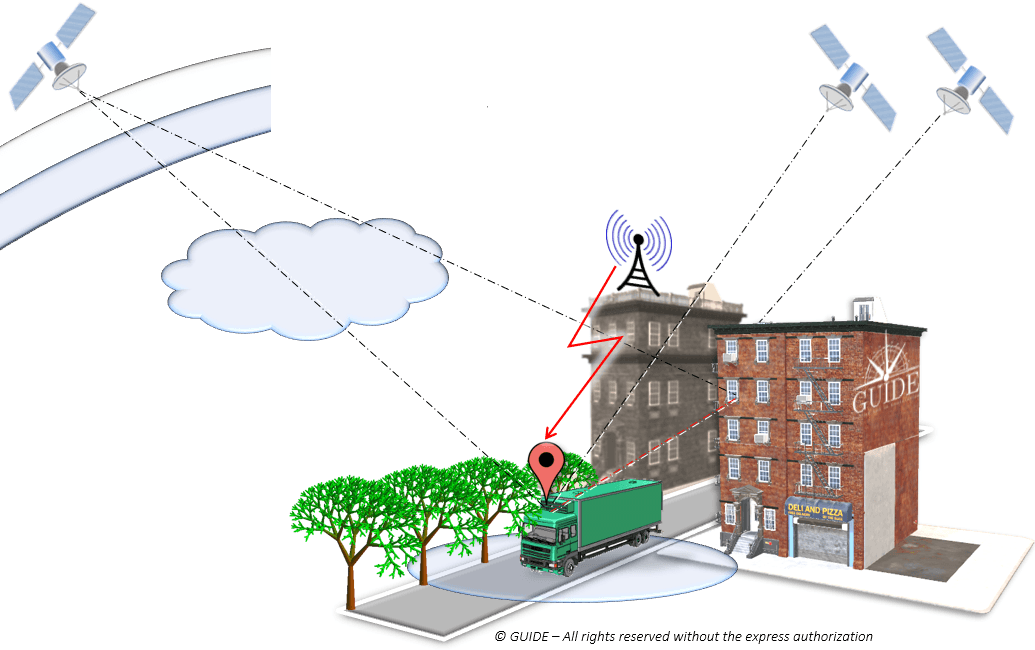 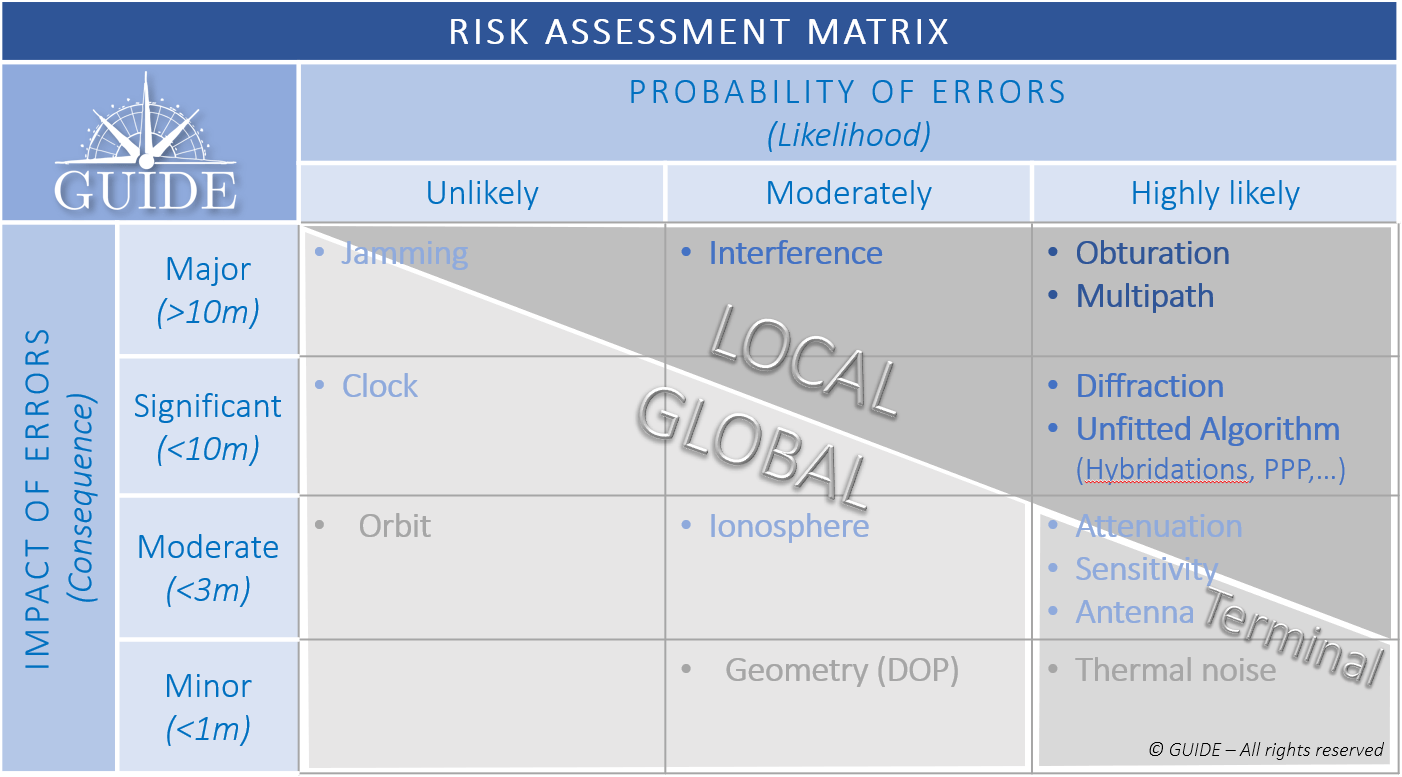 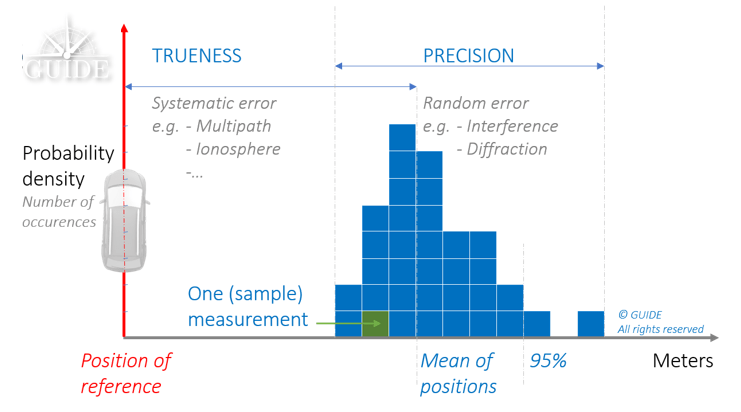 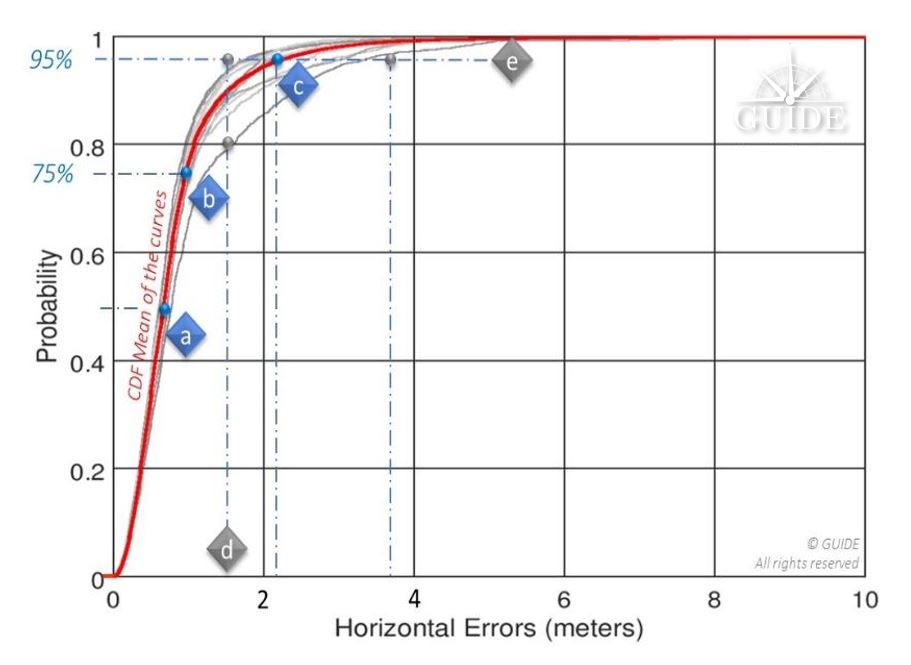 Owerview of statistical distribution of errors | Performance assessment of GNSS terminals
By way of example, the evaluation of a single receiver on board a vehicle travelling in an urban environment does not allow separation of these two components. Indeed, signal degradation
determines the degree of dispersion of the “random” component of the measurements. Thus, in certain environments, each additional receiver will produce a different result. However, the analyses of a single on-site campaign rely on just one single sample (single trajectory of the terminal under test), where a
panel of measurements is essential. In fact, the available statistics prove insufficient to characterize a receiver, even at the cost of doing long runs. 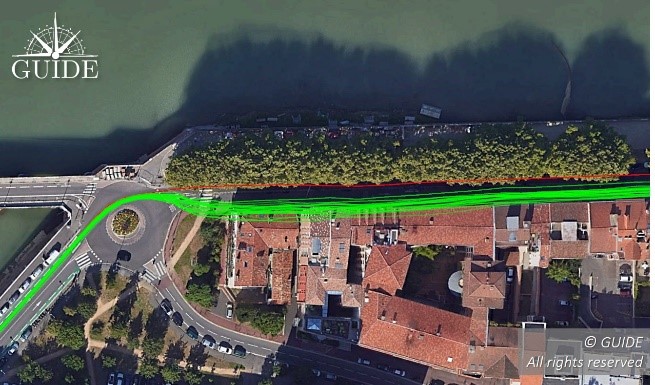 Disparities in analysis capabilities on position errors based on :

Comparison between simulated and real measurements
In summary, themain error profiles are described below. 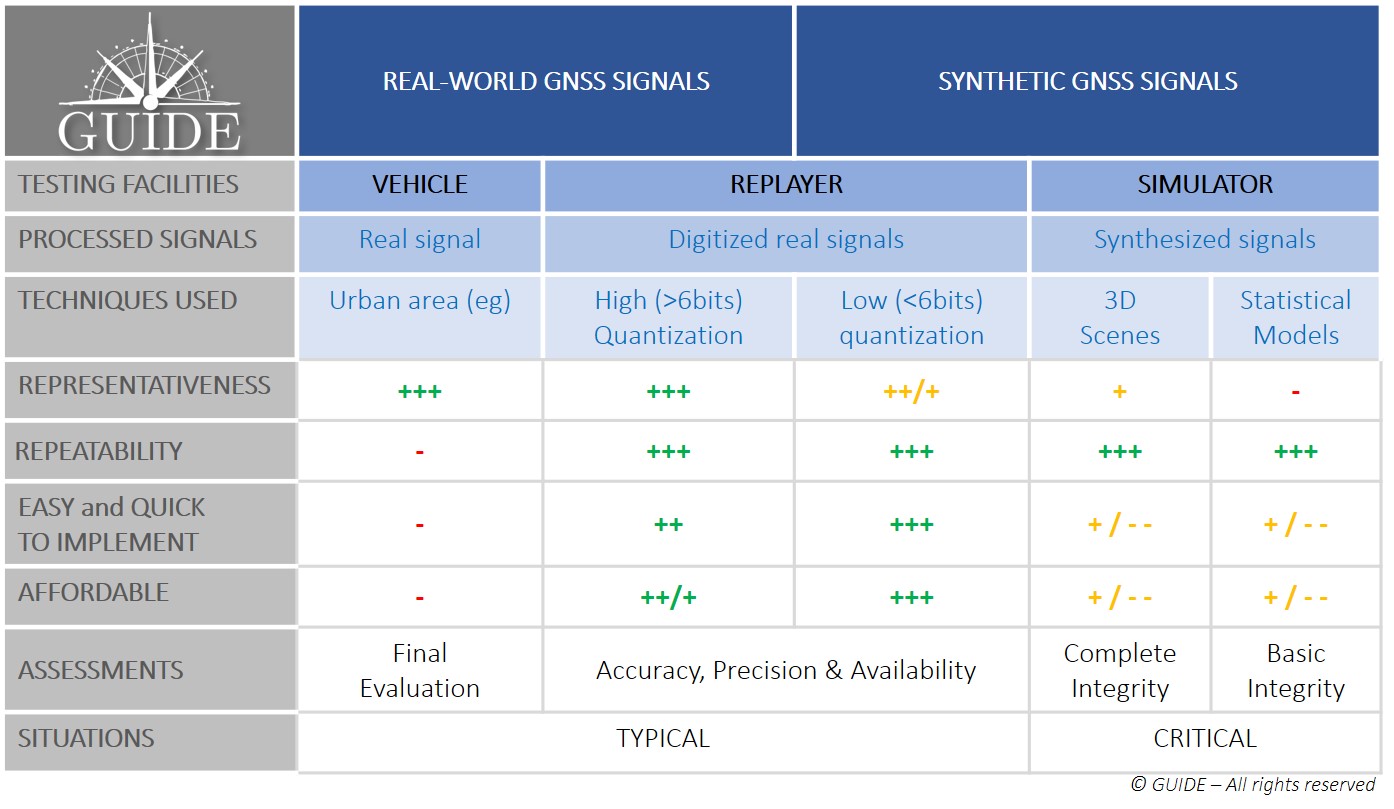 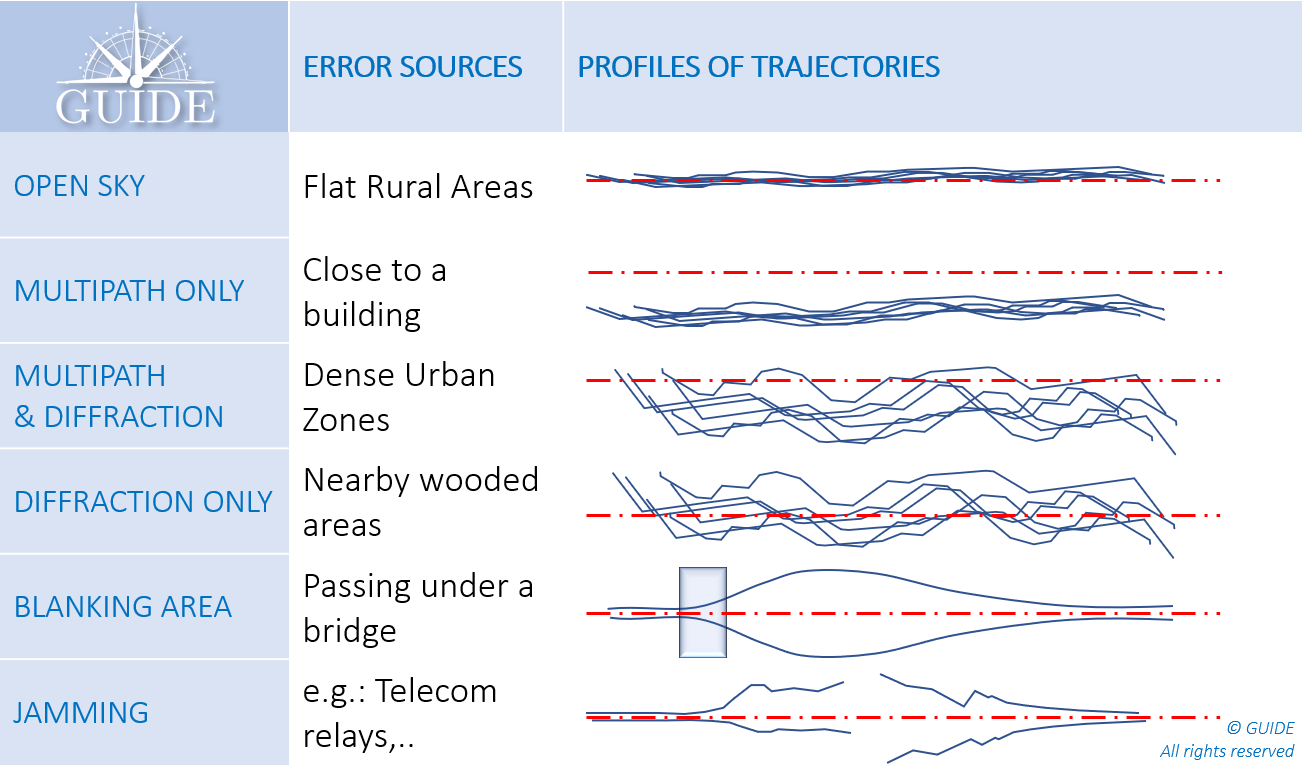